IN THE NEWS --->Is BMT Nephropathy really mostly Radiation Nephropathy? 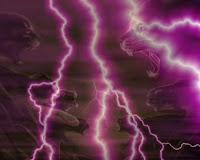 A recent article recently in Biology of Blood and Marrow Transplantation talks about the chronic kidney diseases and thrombotic microangiopathy (TMA) seen post bone marrow transplantation.  Classically, it has always thought to be multi-factorial and calcineurin toxicity being a major part of it.  They are used for GVHD prophylaxis.  In this study, a retrospective analysis of 100 patients was done who had undergone a T cell depleted stem cell transplant( hence not requiring CNIs). Of the 100 patients, 70 were given total body radiation without any shielding of the kidneys and they were compared to 30 patients with no total body radiation. The multivariate survival analysis showed that the exposure to radiation, older age and TMA were risk factors for CKD.  The radiation group had more biopsy proven and clinically diagnosed TMA compared to NONE in the non radiation group.  The incidence of hypertension was also more in the radiation group.
This study shows that in the absence of CNIs, there is TMA, HTN and CKD suggesting the major role of radiation nephropathy in these patients. A shielding of the kidneys should be examined in patients getting stem cell transplants and radiation. Some centers do shielding of the kidneys and some don't. Other studies have shown that the amount of radiation and shielding does make a difference.
A nice review on radiation nephropathy is linked here as well ( Kidney International)
Posted by Kenar D Jhaveri( kidney 007) at 8:03 AM

Labels: General Nephrology, In The News