Concept Map: Hypomagnesemia and it's effect on other electrolytes 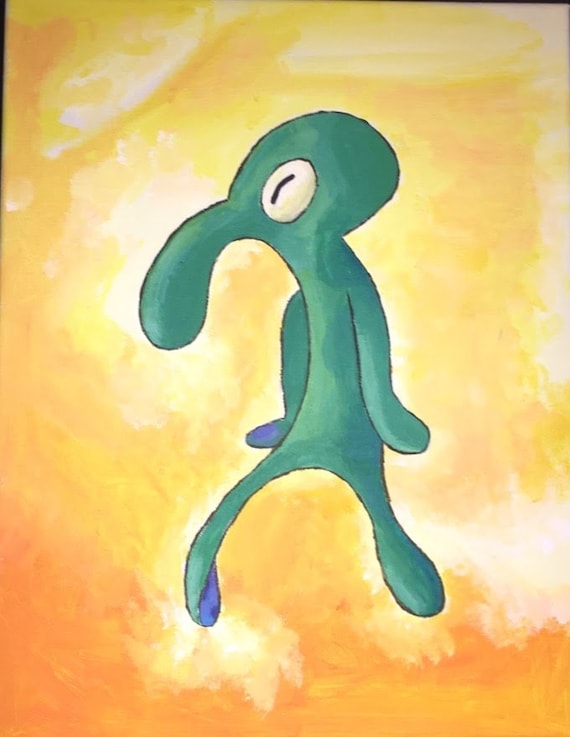 As we all know, one of the cornerstones of nephrology is the intimate relationship between the ever-present and masterfully made kidneys and that other thing less important thing a little higher up that pumps blood (remember this is a nephrology blog.) In all seriousness though, we can never forget that renal disease inevitably begets cardiac disease and vice versa and must always be vigilant about that relationship. And of course, there are many ways that this phenomenon called cardiorenal syndrome comes to exist. I want to touch upon a special phenomenon called BRASH syndrome.
BRASH syndrome which stands for Bradycardia, Renal Failure, AV-nodal blocking agents, Shock, Hyperkalemia is a phenomenon that usually occurs (but not necessarily required) in the setting of AV-nodal blockers that cause bradycardia which leads to poor renal perfusion which progresses to renal failure which causes hyperkalemia which in turn leads to worsening bradycardia and the cycle continues. It is an incredibly interesting scenario in that seemingly unrelated or previously thought unrelated components are very closely related.
Looking back, people have described a phenomenon whereby people who have bradycardia end up in renal failure.  Physiologically this makes perfect sense when thinking about cardiac output as seen below:

As heart rate drops stroke volume is not always enough to keep up with cardiac output especially if a patient has pre-existing cardiac disease and cannot mount a good volume response to drop in HR. Patient’s with kidney disease are also susceptible to this. Eventually, patients will go into shock from this perpetual cycle.
Treatment for this disease really hinges on two things: restoring sinus rhythm at appropriate which should in turn start to relieve acute kidney injury by restoring renal perfusion and temporizing patients with hyperkalemia. In most cases invasive measures like transvenous pacing are NOT necessary unless advanced heart blocks are present however medications such as dopamine or isoproterenol or even epinephrine can be used to try and restore perfusion to the kidney. If patient’s have suspected AV-nodal blocking agent toxicity even conventional methods like glucagon or insulin drip are not usually necessary. Next, IV calcium should be used to help stabilize cardiac membrane to prevent further bradycardia. Then, kaluresis is important as well to help stop bradycardia. If a patient is hypovolemic fluid resuscitation is very important and Lactated Ringers or Bicarbonate infusion can be used based on the patient’s acid-base status. Also, if patient is anuric, diuretics can be tried to help open up kidneys to eliminate potassium however if patient’s do not respond, dialysis may be required to intervene in this cycle to prevent further bradyarrhythmia and/or arrest.
Overall, BRASH syndrome is a sometimes-overlooked entity which can be resolved quickly if caught early and usually can prevent worsening renal and cardiac disease.

For more information, there is a great review here:
http://emcrit.org/pulmcrit/brash-syndrome-bradycardia-renal-failure-av-blocker-shock-hyperkalemia/

Icodextrin is a glucose polymer used in peritoneal dialysis to help in improved clearance and ultrafiltration. Laboratory and metabolic effects of icodextin is important to know( especially the effect on glucose, Na and serum osmolarity)

There are a few that are important to remember

1.      The predominant circulating metabolites of icodextrin are maltose , maltotriose , and maltotetraose, with little glucose released in the systemic circulation due to the absence of circulating maltase. The release of glucose from the metabolized polymers occurs predominantly during the intra-cellular metabolism of maltose or other polymers by way of cellular enzymes involved in carbohydrate metabolism.

2.       The “glucose load” arising from the use of icodextrin is “functionally invisible” to the peritoneal cavity and systemic circulation, and its predominant systemic exposure is intracellular.

4.      Point of care glucose testing might not be accurate when using icodextrin and serum glucose values should be used for insulin management.  Maltose interferes with glucose assays that utilize glucose dehydrogenase enzymes of the pyrroloquinolinequinone class (GDH PQQ), causing falsely elevated readings. The overestimation of glycemia is likely due to the presence of maltose and other oligosaccharide metabolites of icodextrin in the systemic circulation and the reaction of GDH-PQQ with the free reducing group of the glucose molecule located at the end of each saccharide chain.

5.      The decline in serum sodium and chloride associated with icodextrin therapy is caused mainly by a dilutional effect resulting from blood levels of icodextrin metabolites, particularly maltose and maltotriose. The presence of osmotically active particles in the vascular compartment is sufficient to cause a slight shift in water from the interstitial and cellular compartments to the vascular compartment, resulting in the dilutional hyponatremia (sometimes called hypertonic hyponatremia). It is like having hyperglycemia or mannitol induced hyponatremia.

6.      Use of icodextrin has been associated with a slight increase in plasma osmolality in some studies. It can last up to 2 weeks after discontinuing icodextrin

Krüppel-Like Factors are now creeping their ways in to the Nephrology world. What are they and why is this important for kidney disease- and specifically glomerular diseases? The Krüppel-like factor (KLF) family of transcription factors regulates diverse biological processes that include proliferation, differentiation, growth, development, survival, and responses to external stress. Seventeen mammalian KLFs have been identified, and numerous studies have been published that describe their basic biology and contribution to human diseases. KLFs are critical regulators of physiological systems that include the cardiovascular, digestive, respiratory, hematological, and immune systems and are involved in disorders such as obesity, cardiovascular disease, cancer, and inflammatory conditions.

When I pubmed this, you get over 4000 citations.
Several studies have looked at these factors and their role in kidney disease and specifically podocytes.

Several studies showed that treatment with glucocorticoids restores podocyte differentiation markers and normal ultrastructure and improves cell survival in murine podocytes. A series of papers have looked at KLF15 and it is required for restoring podocyte differentiation markers in mice and human podocytes under cell stress. In one study in JASN  2016, the investigators showed that in vitro treatment with dexamethasone induced a rapid increase of KLF15 expression in human and murine podocytes and enhanced the affinity of glucocorticoid receptor binding to the promoter region of KLF15 In three independent proteinuric murine models, podocyte-specific loss of Klf15 abrogated dexamethasone-induced podocyte recovery. Furthermore, knockdown of KLF15 reduced cell survival and destabilized the actin cytoskeleton in differentiated human podocytes. Conversely, overexpression of KLF15 stabilized the actin cytoskeleton under cell stress in human podocytes. Finally, the level of KLF15 expression in the podocytes and glomeruli from human biopsy specimens correlated with glucocorticoid responsiveness in 35 patients with minimal change disease or primary FSGS.  In a more recent JASN article, Tg26 mice model, inducing podocyte-specific KLF15 attenuated podocyte injury, glomerulosclerosis, tubulointerstitial fibrosis, and inflammation, while improving renal function and overall survival; it also attenuated podocyte injury in ADR-treated mice.So it is possible that KLF15 might be important in podocyte protection and overexpression of this factor might help response of steroids. Both steroids and retinoic acid induces increase expression of this factor in certain patients.

KLF6 might be involved in mitochondrial injury protection in diabetic disease.

With the advent  of KLFs in the kidney world, perhaps we might have a potential way to help enhance our therapy in glomerular diseases.
Posted by Kenar D Jhaveri( kidney 007) at 8:43 PM No comments:

Oxalate deposition in the kidney is rare but recently several case reports have highlighted this finding.

A recent KI reports paper summarized and did a systematic review of all published cases showing biopsy proven oxalate nephropathy.

In their systematic review, the most common presentation of oxalate nephropathy was acute kidney injury (35%), followed by acute on CKD (29%). Twenty-six percent of patients presented with kidney disease and stones, and 10% with CKD. In contrast, 20%–50% of patients with primary hyperoxaluria present with recurrent nephrolithiasis, and CKD or kidney failure. Proteinuria was the most common urinary finding (69%), followed by hematuria (32%). Urinary oxalate crystals were identified in only 26% of cases.

What did the pathology show in most cases?  Kidney biopsy findings of acute tubular injury and interstitial infiltration were reported in 71% and 72% of patients, respectively, which suggested a cause role for the oxalate crystals. Majority of the patients had chronicity. Interestingly, glomerular changes were found in 59% of the biopsy specimens, which were mostly mesangial cellular proliferation; this might explain the high prevalence of proteinuria. There were no cases of crystal deposition in the glomeruli.
Renal replacement therapy is required in >50% of patients and most patients remain dialysis-dependent.  Monitoring the 24-hour urinary oxalate excretion rate might be a useful tool for prevention of oxalate nephropathy in high-risk patients.

Some of the causes the authors noted that could lead to secondary oxalate nephropathy were:

On twitter, I asked a question "
What determines why someone can develop oxalate nephropathy while someone else develops nephrolithiasis?"

#askrenal @askrenal What determines why someone can develop oxalate nephropathy while someone else develops nephrolithiasis?
— Kenar Jhaveri (@kdjhaveri) January 8, 2019