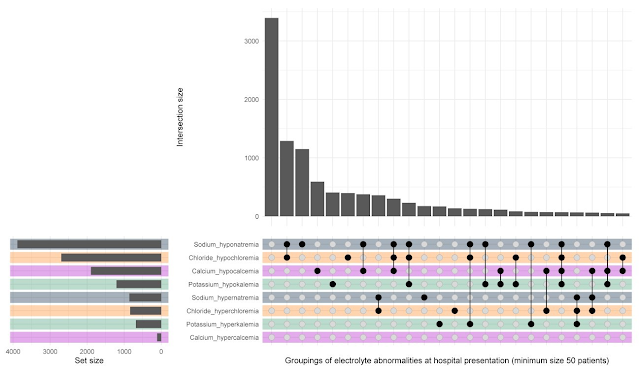 What about patients with eGFR<60 but >15? 30.3% had hyponatremia, 11.1% had hyperkalemia, and 19.7% had hypochloremia. Hypocalcemia was seen in 19.2% of patients. Hyperphosphatemia (13.9%) and hypermagnesemia (12.2%) were seen in fewer patients.
What about ESKD patients?
In these patients the most common disorders were hypochloremia (62%), hyponatremia (40.9%), and hyperkalemia (23.4%). Hyperphosphatemia was seen in 45.7% of patients but we had some missing phosphorus data.
What about kidney transplant recipients? The most commonly seen were hyponatremia (42.4%), hyperkalemia (16.7%), and hypochloremia (19%).
Limitations: Purely descriptive.
But highlights for the first time and the largest to date on the various electrolyte disorders in hospitalized COVID-19 patients. Further studies are needed to look at mortality outcomes related specifically to each electrolyte disorder.
Prevalence of Hyponatremia related to COVID19 has been described in the NY region. Looking at the spectrum of both hyponatremia and hypernatremia and it's relation to patient outcomes has not been well studied.
To take this further, Na disorders were evaluated in detail with outcome of mortality. This is published in NDT. Among 9946 patients included in the study ,4808 (48.3%) had normonatremia, 3532 (35.5%) had mild hyponatremia, 904 (9.1%) had moderate/severe hyponatremia, 319 (3.2%) had mild hypernatremia, and 383 (3.8%) had moderate/severe hypernatremia. When examined by decile of age, dysnatremia occurred in 46-54% of patients in each group, with hyponatremia the predominant disorder across all age groups. The proportion of patients who experienced in-hospital death was highest for those with moderate/severe hypernatremia (232/383 [60.6%]), followed by mild hypernatremia (163/319 [51.1%]), moderate/severe hyponatremia (261/904 [28.9%]), mild hyponatremia (818/3532 [23.2%]) and normonatremia (1089/4808 [22.6%]), a trend seen across all age groups. 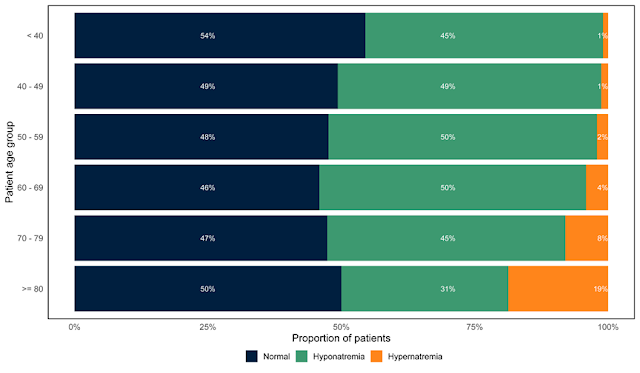 U-shaped pattern was seen in the relationship between admission serum sodium level and the odds of in-hospital death, with hyponatremia and hypernatremia both significantly associated with mortality, even after full adjustment for demographics, comorbid conditions and illness severity. Compared to hyponatremia, hypernatremia carried a strong association with in-hospital death, in both mild and moderate/severe categories, and across all ages, a relationship that persisted even following correction for serum glucose. While hypernatremia has  been shown to be  a strong predictor of mortality in prior studies, this finding is novel for COVID-19.

Both hyponatremia and hypernatremia were also associated with a prolonged hospital length of stay. The magnitude of the odds ratio was substantial, especially for moderate/severe hypo- and hypernatremia, and was not substantively changed after multivariable adjustment. This suggests that at least a portion of the prolonged hospitalization may be directly related to electrolyte disorder management.
This is the largest study to describe prevalence and outcomes of both hyponatremia and hypernatremia in a diverse population of almost 10,000 patients hospitalized with COVID-19. Other similar studies just published in the endocrine literature as well.
Posted by Kenar D Jhaveri( kidney 007) at 5:25 PM No comments: 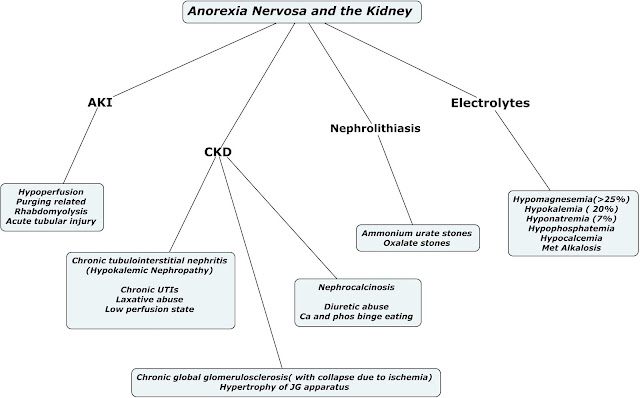 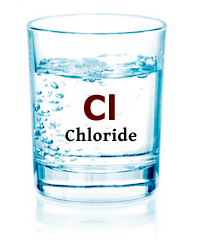 At recent ASN Kidney Week 2020, Dr. Amir Kazory really gave a great lecture highlighting the importance of an important ion that often is ignored in CHF and Cardio-renal syndrome.

We should perhaps move away from the Na centric view of CHF.

Some interesting points made in his talk and overall what we know.

1. Hyponatremia is a predictor of CHF outcomes. But when we correct the Na, mortality doesn't improve. - classic V2R antagonist EVEREST trial showed no benefit

2. When we give 3% saline as shown by the Yale group recently in JACC, there is significant weight loss in diuretic resistant patients.

3. The Na restriction in diet has limited evidence that it works

Some interesting data on Cl in CHF.

One of the first studies done looking at Cl in CHF found that for every 4.1meq/L of drop in Cl, there is 25-30% increase in 5 year-mortality.

Contemporary advanced CHF cohort suggest that serum chloride levels at admission are independently and inversely associated with mortality in this one study. The prognostic value of serum sodium in CHF was diminished compared with chloride. 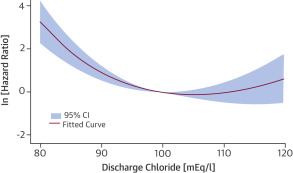 Why does this matter?
Two physiological reasons:

It would be fascinating to see if increasing Cl, without Na really has a good effect on diuresis. Azetazolamide trials are ongoing as a potential way to do this. Could SLGT2i be potentially working via this mechanism? It is very possible that Cl is a more important player than Na in CHF and Cardio-renal syndrome. Fascinating!!

Check out this excellent review. ( also for figure source)

IN the News: Pediatric AKI related with COVID19 and MISC- tale of two NY centers A recent study published in Kidney International looked at a single health system 4 hospital admissions of AKI with COVID19 and MISC in children in NY. It was during the first wave in 2020.

Majority of AKI occurred early in the course of hospitalization, 72% (N=13) within 24 hours of admission. MIS-C patients with AKI had greater rates of systolic dysfunction, compared to those without AKI (80% vs 49%, p= 0.038). KI, in unadjusted models, was associated with a lower serum albumin level (OR 0.17)and higher white blood cell counts (OR 1.11). In addition, patients with AKI had 8.4 day greater length of stay. Major Limitations: 1. Small sample size precluded adjustment for confounders 2. As this was an observational study, we are unable to determine causal associations. 3. Single health system/region of the country
Strengths of this study: One of the largest, detailed cohorts of pediatric patients at the epicenter of the COVID-19 outbreak and represents a diverse racial, ethnic and socioeconomic population.

Similar to reports in other PICU patients, pediatric COVID-19-related AKI was associated with longer lengths of stay published in Kidney360 also from NY area. In that study, 57 children who met inclusion criteria, 46% (26/57) were found to have AKI.  All patients had resolution of AKI at discharge, with 61% achieving recovery by day 2. One patient required dialysis. When compared to those without renal injury, the AKI cohort was older (p < 0.001) and with higher median peak values of CRP (p <0.001), IL-6 (p <0.05), ferritin (p < 0.001), and procalcitonin (p <0.05). More patients with AKI had left ventricular systolic dysfunction (p < 0.001) and lymphopenia (p <0.01), when compared to those without AKI. No differences in Body Mass Index or sex were found.

These findings may reflect the inflammatory cascade’s complex role in development and perpetuation of COVID-19 related AKI. In addition, decreased intravascular volume and distributive/cardiogenic shock may have contributed to AKI in the MIS-C cohort.