Pseudohyperkalemia: Some questions and possible answers?

Pseudohyperkalemia- what’s the mechanism and why?

Classically, we observe this in patients who have thrombocytosis or leukocytosis. Potassium is released from WBCS and platelets when a blood sample is allowed to clot in vitro.   When we use a plasma sample, the tube it gets drawn is heparinized and hence clotting doesn’t occur and plasma K levels are usually lower than serum K levels. When you have thrombocytosis or leukocytosis, this process is even more prominent.   In thrombocytosis, platelet granules release K.

Besides the clotting leading to lysis and K release, prolonged storage of blood at room temperature or in cold before performing the test and lead to impair N/K ATPase pump in WBCS and lead to spurious K levels.

Some researchers have defined pseudohyperkalemia when serum potassium concentration exceeded that of plasma by more than 0.4 mmol/L provided that samples are collected under strict techniques, remain at room temperature and are tested within 1 hour from blood specimen collection.

The phenomenon of pseudohyperkalemia was first reported by Hartmann and Mellinkoff in 1955 as a marked elevation of serum potassium levels in the absence of clinical evidence of electrolyte imbalance. They also found that in particular, the lag time between blood collection and potassium determination was confined to a maximum of 30 minutes, and a positive correlation between platelet count and serum, but not plasma potassium concentration, was found. Other causes of this entity is from fist clenching and use of tourniquet as well.

With leukemia, many cases are now reported leading to false elevation of K.  If plasma and serum are separated quickly ( within 30 min), the normal K levels can be seen.  Potassium normally is now measured in heparinized tubes, so why does K still get elevated?  Lysis of cells can still occur.  Because of the high WBCS counts seen in some cases of CLL, spurious K can still be found. It is possible that its due to the impaired N/K pump in that state of elevated WBCs that contribute to the release of K from cells.  Trauma is the major cause. Drawing in a tube without shaking may help as well.

What about Stat ABG draws? The fragile WBCs are prone to mechanical stress frequently. The K measurements in many cases of CLL may be inaccurately elevated if sample of blood are not analyzed quickly and in absence of lysis inducing events. Arterial analysis done by ABG draws is quicker and perhaps less mechanical stress and may allow for more accurate K readings than venous draws.  In addition, perhaps it also doesn’t allow for that fist clenching and tourniquet use that might be leading to pseudohyperkelamia.

Is plasma K better than serum K?  A letter in NEJM in 1991 showed that elegantly that plasma K was superior to serum K in getting the more accurate K level in patients who had experienced trauma.

What is reverse pseudohyperkalemia? It is when the plasma K is higher than serum K and still is spurious in nature. Few cases reports have highlighted this entity as well. It is possible that this is due to a hiegtened sensitivity to heparin induced membrane damage in setting of a blood malignancy.
Posted by Kenar D Jhaveri( kidney 007) at 11:14 AM No comments:

Which one of these agents are potential treatment options for sarcoidosis induced hypercalcemia?

In a earlier study in JAMA years ago, it was established that the hypercalcemia in sarcoidosis is 1,25 vitamin d production mediated.  Classically, for 1,25 Vitamin D mediated hypercalcemia such as in lymphoma, TB. etc, steroids are the mainstay of treatment. A dose of 15-25mg/day of prednisone is usually effective.  Ketoconazole is the next line of treatment for patients who cannot tolerate steroids.  Since its an imidazole antifungal that inhibits enzymes in steroid synthesis, it works well. Hydrocholoroquine also causes inhibition of 25(OH), D3 1 alpha hydroxylase and can be used in some patients that have side effects to prior two meds.  MTX and Azathioprine can be used to treat systemic disease that might have effect on calcium as well. ACTH has not been studied in this arena.  Pamidronate has been used in case reports but the mechanism of hypercalcemia doesn't really support the use of that agent.

Atenolol or Lisinopril: and the winner is….HDPAL update

Hypertension in dialysis patients is hard to manage. In over 90% of the cases, the cause of volume. Salt and water intake and inability for fluid removal remains the most like cause of HTN in ESRD. Few cases are renin mediated as well.  Which anti hypertensive medications have the best effect in the few cases of HTN that is not treated with volume removal?  ACEI/ARB would be the most obvious choice. Randomized trials in non ESRD hypertensive patients have shown that LVH is significantly improved and preventing cardiac morbidity and mortality with ACEI/ARBs compared to Beta Blockers.  A recent study in NDT 2014 by Agarwal et al. was a randomized trial of atenolol and lisinopril in ESRD patients(HDPAL).

Some interesting points:
1.       This is the first study to look at head to head drug comparison in ESRD patients with BP management
2.       Counter to what may have shown in non ESRD patients, this study showed that atenolol was better.
3.       Atenolol is renally cleared of all the beta blockers and number of patients that are non anuric might matter as it might have had more clearance and less of a heart rate effect. Interestingly, that variable was well matched as well.
4.       Although not sure of significance, less atenolol patients had coronary artery disease and significant number of them had re vascularization procedures. This may be a big weakness as going into the study, there were less sicker patients in the ACEI arm from a cardiac perspective.
5.       But to counter balance that, there were more males in the atenolol arm compared to ACEI arm
6.       Increased fractures were noted with atenolol arm- perhaps again getting into the renal clearance effect perhaps and effect on heart rate and causing blocks
7.       There was no placebo arm and most patients were black – perhaps hard then to generalize to all races.
8.       Using BP monitoring interdialytic ambulatory BP monitors was a strength
9.       Interestingly, it says at the end of the manuscript: received for publication Dec 2nd 2013 and accepted in revised form on Dec 4th 2013.  That is strange that a paper can get peer reviewed, revised and gotten back for accepted form in 2 days. Hopefully that was a typo. 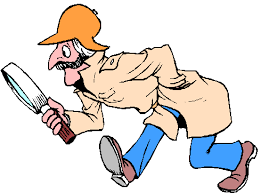 Detective Nephron returns in 2014 with a brand new case and a new discussant- Dr Helbert Rondon.
Check out this exciting case in the Jan issue of ASN Kidney News
http://www.asn-online.org/publications/kidneynews/
Posted by Kenar D Jhaveri( kidney 007) at 4:24 AM No comments:

Use of Erythopoiesis-stimulating agents in CKD patients with cancer

A recent review in KI 2014 discusses this very important question we face in day to day care of CKD patients. If they have active cancer and CKD- what do we do? What is the Hgb target? If they had a past history of cancer- what do we do?
Hazzan et al review these exact questions. Few take home points from the review.

1.       Based on review of oncology literature:- there is an increase in mortality risk with ESA treatment in cancer. This risk is clearly when ESA is used outside the realm of chemotherapy and the risk may depend on type of cancer but data is not clear on that part.
2.       ESA and having cancer itself pose a thromboembolic risk as well.
3.       Progression of cancer- data is not sufficient based on Cochrane systemic reviews with use of ESA
4.       What to do with CKD and ESA use when patient also has cancer?
Active cancer:- prior initiating ESA- use PRBCs and correct all reversible causes. If ESA to be used, the authors suggest a target of 10g/dl ( more conservative) and have to treat under the APRISE REMS program( usually heme/onc has to do this) and monitoring of embolic events.
What to do with CKD and ESA with patient with past hx of cancer?
If cured:- CKD guidelines of anemia management( but on conservative side)
If not cured:- treat as if they have active cancer- target of 10g/dl.

Take a look at an in-depth review of this topic in KI
Posted by Kenar D Jhaveri( kidney 007) at 11:57 AM No comments:

Dilatation of the calyces, renal pelvis and ureters is classically what we observe in sonography to make the diagnosis if obstruction. In some cases, a phenomenon of non dilated obstruction does happen where no signs of obstruction can be noted in US or CT scans.

One of the earlier studies had looked at a series of patients at a single center and found that most common cause of these type of situations were cancers ( likely RP related)- so prostate, colon, bladder, lymphomas and other series have found cervical cancer as well.  Antegrade urography had found the obstruction in all of the cases in that one series.

Why does it happen?- RP fibrosis can perhaps interfere with peristalsis and lead to non dilatation, RP carcinamatosis can encase the ureters and renal pelvis producing obstruction without dilatation or could this be a chronic incomplete obstruction are some suggestions based on the authors.

Treatment is usually diagnostic.  Given the pathology and the cause of the obstruction being present after an ureteral stents are placed, they usually only temporize the treatment. Percutaneous nephrostomy is usually the best procedure in such situations.

How to increase the percentage of filled seats in nephrology in 2014?- commentary by Dr Desai

The nephrology match this year in 2013 was a tough battle for many programs. Interest in the field continues to be low. Its’ sad to note that the current generation of residents/students would rather choose a field based on compensation and work hours rather than passion and dedication.  Tejas Desai from ECU just wrote a commentary in F1000research on his thoughts on how to fill seats in the nephrology match process.

Interesting ideas put forth above. In addition, check out the summary of some of the twitter comments and discussion regarding the proposed ideas.
http://storify.com/nephondemand/commentary-for-common-sense-ideas-to-increase-the

A recent article in AJKD 2014 discusses a novel way to look at Proliferative GN. Dr Sethi proposes a new classification that can better be of aid to the pathologist and the clinician. The general term of proliferative GN can be used for mesangial proliferative which can be IgA predominant or could be a full house pattern with lupus nephritis. It can be membrano-proliferative which then leads to a host of different causes. Finally, it really doesn’t give us a clue of the underlying disease.  Based on the article, Sethi proposes a IF based approach.  In general, Proliferative GN is light microscopy finding.  The concept map below summarizes the new approach to proliferative GN.  Electron microscopy helps confirm the diagnosis but may not be that essential given the above classification( especially in low income nations where this cannot be possible). Click on image to see enlarged view( based on Sethi Classification of Prolif GN based on AJKD article above)