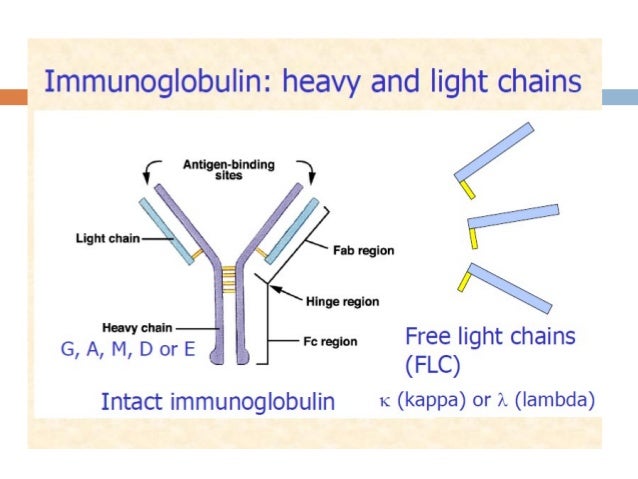 While MGUS and Kidney disease is now a finding well described in the literature, why not other organs?

It is quite possible that there is end organ damage to other organs from these small set of B cell or plasma cell clones if there is kidney damage.
A recent review in the corneal world found a case series of what we could call MIDD in the cornea. Seven patients were identified with corneal immunoglobulin deposition. The structures they found are similar to crystalline structures. Some of them looked like immunotactoid, some fibrillary and some amyloid. All patients had evidence of paraproteinemia in a setting of monoclonal gammopathy of undetermined significance, smoldering plasma cell myeloma, or Waldenström macroglobulinemia. Authors suggest treating underlying MGUS or paraprotein disease. Few patients, this was the first systemic presentation of the disease.  What a great observation!!  If it can effect small renal vessels, why not the eye!

Skin: The association between Necrobiotic xanthogranuloma(NXG) and paraproteinemia is well documented in 2009. 11-48% had paraprotein disease as myeloma. The most common is IgG kappa more than lambda. However, the skin lesions in NXG could represent reactive inflammation and are not associated with the presence of monoclonal plasma cells or multiple myeloma.

Powell et al also described initially eight patients with pyoderma gangrenosum and monoclonal gammopathy showed that all patients except one had an IgA paraproteinemia. Seven patients have had a benign course and multiple myeloma has developed in one. In seven patients, the onset of thepyoderma gangrenosum preceded the detection of the monoclonal gammopathy. Since then, more cases have been associated with MGUS.

Syndromes:
Besides POEMS syndrome, which has been well described in the literature, others are :

TEMPI syndrome, a syndrome that was mentioned in NEJM that had a constellation of findings: Telangiectasias,elevated erythropoietin level and erythrocytosis, monoclonal gammopathy(IgG kappa), perinephric fluid collections and intrapulmonary shunting.  Since it’s initially discovery, chemotherapy and HSCT have been used for treatment of this entity.

Schnitzler's syndrome, initially described in 1974 is an uncommon condition defined by chronic urticaria and monoclonal IgM gammopathy. A study done in 2002 found 56 cases of Schnitzler's syndrome reported to date. The absence of lymphoproliferative disease in this condition is typical, but nine patients have progressed to develop lymphoplasmacytic neoplasias, particularly waldenstrom's macroglobulinemia.

So, besides MGRS, MGUS might have other distant organ effects from small noxious B cell clones. Perhaps, this needs to be defined more and treated more like MGRS.  It might be interesting to see the cases of ITG and fibrillary GN – if they have corneal findings and other end organ damages that we might be missing given these novel associations. We might be looking at a more systemic disease.

We might be entering a new era in the paraprotein world.
Posted by Kenar D Jhaveri( kidney 007) at 12:08 PM No comments:

BRAF inhibitors have revolutionized the treatment of melanoma recently.  While vemurafenib has had several reported cases of AKI, no biopsy proven cases of dabrafenib induced AIN have been reported. A recent review summarizes the renal toxic effects with BRAF inhibitors.  Early on, the injury likely is AIN and much later in treatment-likely ATN.  Finally, a biopsy proven case of AIN just got published with dabrafenib. This helps illustrate that the effects are more immunologic affecting the interstitial comportment. In addition, steroids improved the damage. Re-challenge didn’t allow for recurrence of AIN.

Also, anti  CTLA-4 agents such as ipilimumab have known to have similar AIN like effects in the kidney. Lupus like nephritis also has been reported. Most recent, a biopsy proven AIN with minimal change disease was reported with this agent.

In the NEWS: Training in Lung Ultrasound for nephrologists Recent studies and posts in nephronpower have shown the importance of lung ultrasound in clinical care in nephrology. A recent letter in Kidney International by our fellow and faculty highlight this important skill as part of training for both fellows and faculty.

While renal sonography might be more sophisticated imaging technique requiring more training, lung sonograms should become part of your physical examination.  It should help one assess volume status better.

Take a look at this letter in KI.
Image source: www.ultrasoundpodcast.com
Posted by Kenar D Jhaveri( kidney 007) at 9:53 AM No comments:

Labels: education, In The News, ultrasound

In the News: Lung Ultrasounds in nephrotic syndromes: how it can help the kidney doctor

In a recent original investigation by Marino et al in this month’s issue of Kidney International the authors show that lung ultrasound has clinical utility beyond the outpatient dialysis unit.  Prior work by this Italian group has shown that the quantitation of B lines on lung ultrasound correlates with extravascular lung water and mortality in patient’s with ESRD on HD.  In the present study the authors quantified B lines in 42 non-dyspneic patients with active nephrotic syndrome and compared their findings to healthy controls and to ESKD patients.  For each of the three groups lung ultrasound was performed 5 minutes after lying supine, 60 minutes after lying supine, and then after standing.  They found that the number of B lines among patients with active nephrotic syndrome was similar to the number of B lines in chronic dialysis patients.  Furthermore they found that B lines in patients with nephrotic syndrome accumulated while lying supine for 60 minutes and diminished after standing up.  Further analysis demonstrated a strong indirect relationship between serum albumin and number of B lines in the nephrotic syndrome cohort.  In other words, a lower albumin was predictive of greater extravascular lung water.  Finally, the authors evaluated a subset of 11 patients that experienced disease remission.  Each of these patients had significantly fewer B lines compared to ultrasound results during active disease.  Quantitation of B lines by lung ultrasound can be learned in a single 3 to 4 hour training session and the procedure takes about four to six minutes to perform.  As ultrasound machines become smaller, cheaper, and more available, lung ultrasound will likely become a critical component in the assessment of volume status by nephrologists.

Check out Kidney International's next crossword on Innovative Renal pathology

Concepts in HTN: A newsletter blog

A blog that is newsletter type started by a fellow in HTN is fascinating. Two issues thus far have been published. Check it out at

http://www.bp-specialists.com/newsletter.html
Posted by Kenar D Jhaveri( kidney 007) at 11:25 AM No comments: