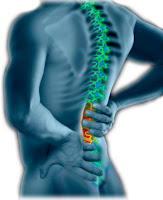 The relationship of pain and SIADH is well documented. Severe pain can lead to inappropriate ADH production.  Why is that? Why does pain cause ADH release? Looking into the literature, not much has been studied regarding this specific question.
A single paper in 1977 from UCLA describes the effect of pain on plasma ADH concentrations. They studied patients with pain after surgery and compared to controls. Age, smoking and pain came out factors associated with increase in ADH levels. It was a nice and small study but showed that pain led to ADH increase.
Stress might not be the case, might be pain directly. Some studies have shown that stress itself without pain did not led to increase ADH.  Pain has two components:- readily localizable specific sensation that is mediated by the spinothalamic tracts and the second is the arousal of the Reticular formation , ventral thalamus and hypothalamus and perhaps ADH connection might be in this latter portion. Stimulation of the brain stem reticular formation has shown to increase ADH in animals.
When asking few academicians: some responses I got was : Flight and Fight state from an evolutionary standpoint perhaps that wants ADH to be elevated in that state and allow for the beneficial effects.
Also, ADH is produced naturally perhaps in wound healing and in these pain flight and fight situations, leads to such a response.
Interesting , not well defined and studied