IN THE NEWS: The ACT trial 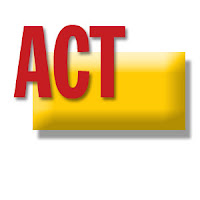 ACT trial is the Acetylcysteine for the prevention of Contrast Induced nephropathy trial. This is the largest randomized trial to date on this concept. Cardiologists and Nephrologists are using acetylcysteine( mucomyst) to prevent contrast nephropathy for the past decade with no real evidence if it really does any benefit. Clearly, there is no harm. But what is the data?
At the recent cardiology meetings at AHA 2010, the primary investigators of this trial showed that the risk of contrast induced nephropathy in patients undergoing coronary or vascular angiography was not reduced using mucomyst.  Close to 2300 patients in a single country were randomized from 2008-2010 and the treatment dose was 1200mg BID for 2 dose prior and 2 doses after procedure.  This was compared to placebo.
There was patients with CKD included close to 15% or so in each arm.  The primary endpoint was Contrast nephropathy as defined by >25% elevation in crt above baseline.  Secondary endpoint was mortality and need for dialysis and side effects. The final conclusions were that the mucomyst does not reduce short term risk of contrast nephropathy and nor did it meet any of the secondary outcomes.
Final publication probably is on its way.  This is probably a final blow on using acetylcysteine in prevention of contrast. At this point, it seems that it was nor harming nor benefiting.  Seems like a well designed study keeping all renal parameters in mind. Not sure if cystatin C was used at all or other novel renal parameters to pick up some minor injuries.  Fluids might be the only alternative. Also, till the paper comes out, we can't know what other causes of renal injury were ruled out.
Comparing bicarbonate based vs normal saline base at a large scale might be necessary as well and might be underway.


A podcast about this can be heard at
http://www.theheart.org/podcast/video/trials-and-pis/act-trial-with-dr-otavio-berwanger.do

A peak at the study can be found at: