TOPIC DISCUSSION: Origins of the 1.73m2 in the GFR formula? 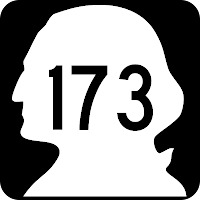 Why is 1.73 m2? and not just m2? and not any other number? Where does this all come from?
Basically, the simple answer is "arbitary".  The 1.73 refers to the standardized body surface area(BSA) used to normalize for all variables for an average 70kg man. Interestingly, this one paper that I reference below taunts the idea of this in a very comical way and shows where this originally came from.  Apparently in 1928, on a basis of just 8 children and 7 adults, the authors found a constant value can be substituted and they said it was 1.73m2- which was the mean of the areas of men and women age 25 from prior medical and acturial tables. So this was based on actuarial data showing the BSA using Dubose formula and then subtracting 1 inch from height in shoes and 5 pounds from weight in clothes and different variables for children and women.  Basically,this was based on american clothing standards and weights in 1920s.
Nothing has changed in using that number in last 80+ years.  The authors of the paper referenced below show that compared to 1920s, current average male weight is 80kg and hence the BSA should be technically corrected by 1.92m2 and not 1.73m2.
Even if they chose less obese European population, it came to 1.86m2.  Interesting, if we did that, there would be an immediate 9% increase in world GFR per the authors. In general, to get a BSA measurement in the over weight and obese population is a tough task and not easy to measure- for us making GFR a harder thing to measure then as well as almost all measurements of GFR including MDRD correct for BSA and use 1.73m2.