In the News: The POWER of HERCULES 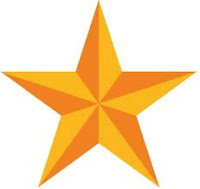 While CORAL is still underway, here comes HERCULES.  This is a large prospective multi-center single arm study of patients with significant RAS and uncontrolled HTN. This is in contrast to prior trails that had less sicker patients. Most were at least on 2 agents and 75% on ACEI or ARBS. The procedure related complications were only 1.5% compared to prior studies suggesting as high as 17%.  The results suggested drop in SBP significantly at 9 months, low in stent restenosis rate and complication rates.

While this is a positive study in terms of intervention- the fact that it is a single arm trial, makes it a major limitation.  HERCULES has limitations too. CORAL is still awaited.

Regardless- check out the full trial at Catheterization and cardiovascular interventions.
Posted by Kenar D Jhaveri( kidney 007) at 5:38 AM