Coffee, tea, or soda: are they going to cause kidney stones? 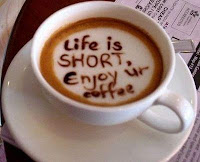 Beverages and risk of kidney stones has been a recently studied topic.
Recently published studies and most recent being in CJASN by Curhan's group suggested the following:

Labels: In The News, kidney stones